In 1998 Dorna started to organise the CEV Championship alongside the Spanish Motorcycle Federation with the aim of allowing the youngest motorcycling talents from all over the world to develop their skills and potential in the best possible setting.

In 2014, the CEV Championship became the FIM CEV Repsol, a Championship under the umbrella of the FIM and during the 2014 FIM General Assembly it was decided that from 2015 the FIM CEV Repsol Moto3TM category would become the Moto3TM Junior World Championship. Furthermore, in agreement with the FIM Europe, the Moto2TM and Superbike categories became a new European Championship from the same date.

In 2017 the FIM CEV Repsol introduced a new and unprecedented category to its championship. The European Talent Cup will see younger riders competing on equal motorcycles at a reduced cost, with the aim of developing their potential before taking the big step into the Moto3TM Junior World Championship.

This allows the FIM CEV Repsol to break down national barriers even further and make a quantum leap in the search for young riders of all nationalities who are ready to make their name in the context of the championship.

The organization of the FIM CEV Repsol has obtained international acknowledgement, becoming the ‘go to’ championship for young riders all over the world who strive to one day ride in MotoGPTM.

The FIM CEV Repsol has obtained international acknowledgement, becoming the standout championship for young riders who strive to ride in MotoGPTM 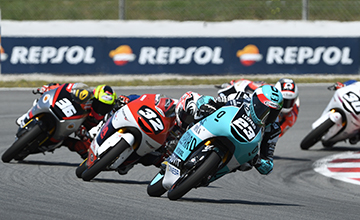 Check out all the information about the events, riders and teams and keep up to date with all the latest news, photos and videos. More 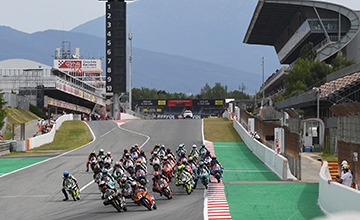 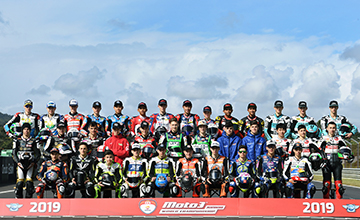 The FIM CEV Repsol welcomes all riders who wish to participate in the championship. More

Advertising and sponsorship of the FIM CEV Repsol provides considerable exposure and return-on-investment which can contribute significantly to achieving specific commercial targets.
Click here for more information about sponsoring 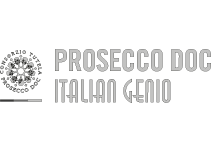